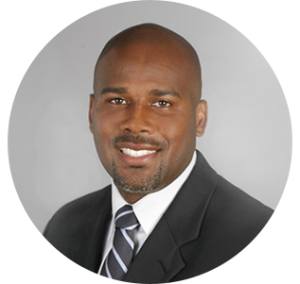 About Our Managing Partner

Mr. Benjamin began his legal career at Orrick, Herrington and Sutcliffe, and continued his career at Coblentz, Patch, Duffy and Bass. He started Benjamin Law Group, P.C., after spending almost three years as a Deputy City Attorney in San Francisco. As a Deputy City Attorney, he managed an array of labor matters and employment litigation matters including labor negotiations, arbitrations, hearings, and trials.

Mr. Benjamin has successfully litigated antitrust class actions; securities class actions; wage and hour class actions, multi-plaintiff cases under the Private Attorney General’s Act, and other multi-plaintiff and single-plaintiff matters. Mr. Benjamin has practiced in state court, numerous federal courts, the Ninth Circuit Court of Appeals, before arbitrators, Administrative Law Judges, the National Labor Relations Board, and the Public Employment Relations Board. He has represented all of his clients by employing the same tenacity, focus, attention to detail, and rigor; regardless of the size of the case or the amount of money at issue.

In addition to managing a thriving litigation practice, Mr. Benjamin continues to assist existing and new clients with a wide variety of commercial and residential Real Estate related needs. Mr. Benjamin’s clients are developers, general contractors, investors that focus on short terms and long term holdings, and homeowners looking to buy and sale owner-occupied homes. Mr. Benjamin assists with both sides of transactions, as well as protects his clients’ interests through litigation when necessary. Mr. Benjamin is a real estate investor with a keen understanding of key aspects of real estate deals, and he uses his personal and legal experience to assist his clients throughout California.

Before attending law school, Mr. Benjamin attended the University of California at Berkeley. At Cal, Mr. Benjamin was an All Pac-10 wide receiver, punt returner, and kick off returner. He played every game during his four-year playing career and broke several records along the way. More importantly, Mr. Benjamin committed to mentoring youth in West Oakland by mentoring Roy Haskins at McClymonds High School. Mr. Benjamin became a spokesperson for the Athletic Speaker’s Bureau, Touchdowns For Kids, and Stiles Hall. Mr. Benjamin was honored with the Brett E. Merriman Award for his commitment to community service.

After Cal, Mr. Benjamin pursued a career in the NFL and enjoyed time with the San Francisco 49ers, Oakland Raiders, New York Jets, and the Berlin Thunder of NFL Europe. After leaving football, Mr. Benjamin worked for Siebel Systems, Inc., a market-leading Fortune 500 company before being bought by Oracle. Mr. Benjamin also created, owned, and managed several companies; including a real estate company, an investment and asset management company, and a trucking and brokerage company. These lasting relationships and experiences led to Mr. Benjamin representing professional athletes with respect to their business transactions, as well as connecting them with opportunities and resources to carry them beyond their playing years. Mr. Benjamin has also been involved with consulting with start-ups and providing business advice to entrepreneurs.

Mr. Benjamin is a graduate of the University of California at Hastings College of the Law. He graduated with a concentration in civil litigation, he participated in Hastings’s renowned Civil Justice Clinic, and he externed for the well-respected Honorable Thelton Henderson of the United States District Court, Northern District of California. While in law school, Mr. Benjamin participated as a mentor in Alameda County’s diversion program for first time drug offenders. 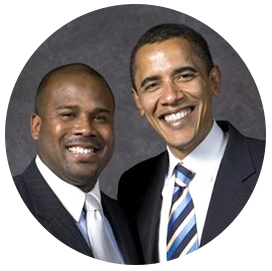 Mr. Benjamin has remained active in business and his community throughout his legal career. He has also been active in supporting various political candidates and political action committees. Most notably, in 2007 and 2008, Mr. Benjamin was an active fundraiser during President Obama’s first presidential race. He was also involved with fundraising for California Attorney General Kamala Harris, as well as other successful local and state-level campaigns.

Mr. Benjamin is also currently enjoying his second term as a Board member for the California Association of Black Lawyers, and he has served as a Board member for the Charles Houston Bar Association, and on the Advisory Board for the Bar Association of San Francisco’s Diversity Pipeline Programs. Mr. Benjamin is also a very active member of the California Football Alumni Club, he is often speaking on panels and speaking with students about the practice of law, and he continues to mentor students at all levels of education.
​​

Patrice Harper brings 16 years of spectacular advice and litigation experience to Benjamin Law Group as a Partner where she will continue her practice in the areas of employment law, high-exposure toxic tort litigation, and healthcare. Patrice is a former partner at Lewis, Brisbois, Bisgaard & Smith, and she earned her law degree from Harvard Law School before beginning her career at her first big firm.

Patrice is knowledgeable in many areas of the law, providing her clients with well-rounded and informed legal services. She has handled numerous toxic exposure lawsuits, including asbestos and other hazardous substances. Patrice is highly experienced in healthcare and employment law, having previously served as general counsel to a healthcare company.

Patrice has experience representing companies during litigation, arbitrations, administrative actions, contract negotiations and investigations. Patrice advises her clients on matters of business and finance, and knows what it takes to protect a company’s best interests in adversarial proceedings.

Previously, Patrice acted as corporate counsel for a management and asset protection company where she gained further valuable employment law know-how. She is familiar with rules and regulations at local, state and federal levels, and ensures her clients are compliant with Title VII and the ADA, FMLA, ADEA, FEHA and FLSA. Patrice provides training and updates for management and employees on compliance risk areas, trends, and labor and employment law developments. She is well-versed in other legal matters as they relate to employment law, such as hiring, leave and accommodation, discipline, terminations and compensation.

Patrice has successfully worked on all stages of litigation, from pre-trial motions to appeals. She has extensively represented clients as both witnesses and targets in complex government investigations, dealing with witness interviews, grand jury testimony, and the production of paper and electronic documents.

Dedicated to giving back, Patrice devotes much of her free time imparting some of her knowledge upon the next generation of lawyers. As a professor at John F. Kennedy University College of Law, she teaches courses on Constitutional Law, Civil Rights, Law and Motion, and Legal Research and Writing.

Ms. Morgan is more than just a skilled attorney. In addition to successfully representing clients in various areas of law, she prides herself as an excellent listener and as a responsive advocate. It is extremely important to Ms. Morgan that she is responsive to client needs and that clients remain comfortable with her high level of commitment to representing their best interests.

Find Us On Social Media